The Eurimbla Precinct was a small residential suburban district of about 3 hectares just to the south west of Randwick, New South Wales, Australia. Randwick itself has grown from a small European settlement founded in 1847 to become the City of Randwick, occupying a large part of the eastern suburbs of Sydney and being bounded on the east by the Pacific Ocean and on the south by Botany Bay.

In June 2017 the NSW Government announced that the 92 buildings contained within the cul-de-sac of Eurimbla Avenue together with its adjacent neighbours on the east side of Botany Street and the north side of Magill Street, would be compulsorily acquired to make way for the Randwick Campus (Prince of Wales Hospital) Redevelopment.   Of these buildings, over 80 were still residential dwellings, initially typical of the single storey 2-3 bedroom Sydney houses built in the early 1900s.  This area had become a locality containing a close knit residential community that had existed for the past 100 years.

In January 2018, a small group of local historians decided to collect material relating to the social history of the current and former residents of the soon-to-be demolished houses, in order to provide a permanent record of the area, both as a book and as an accompanying website.

The Eurimbla Precinct History Association Inc. now has a collection that includes oral history interviews with current and former residents, hundreds of photographs, memoirs, poems and artefacts. Considerable historical research tracing the history of the area has also been undertaken.  All this material has now been catalogued and the process is currently underway to organise it into a format ready for publication. 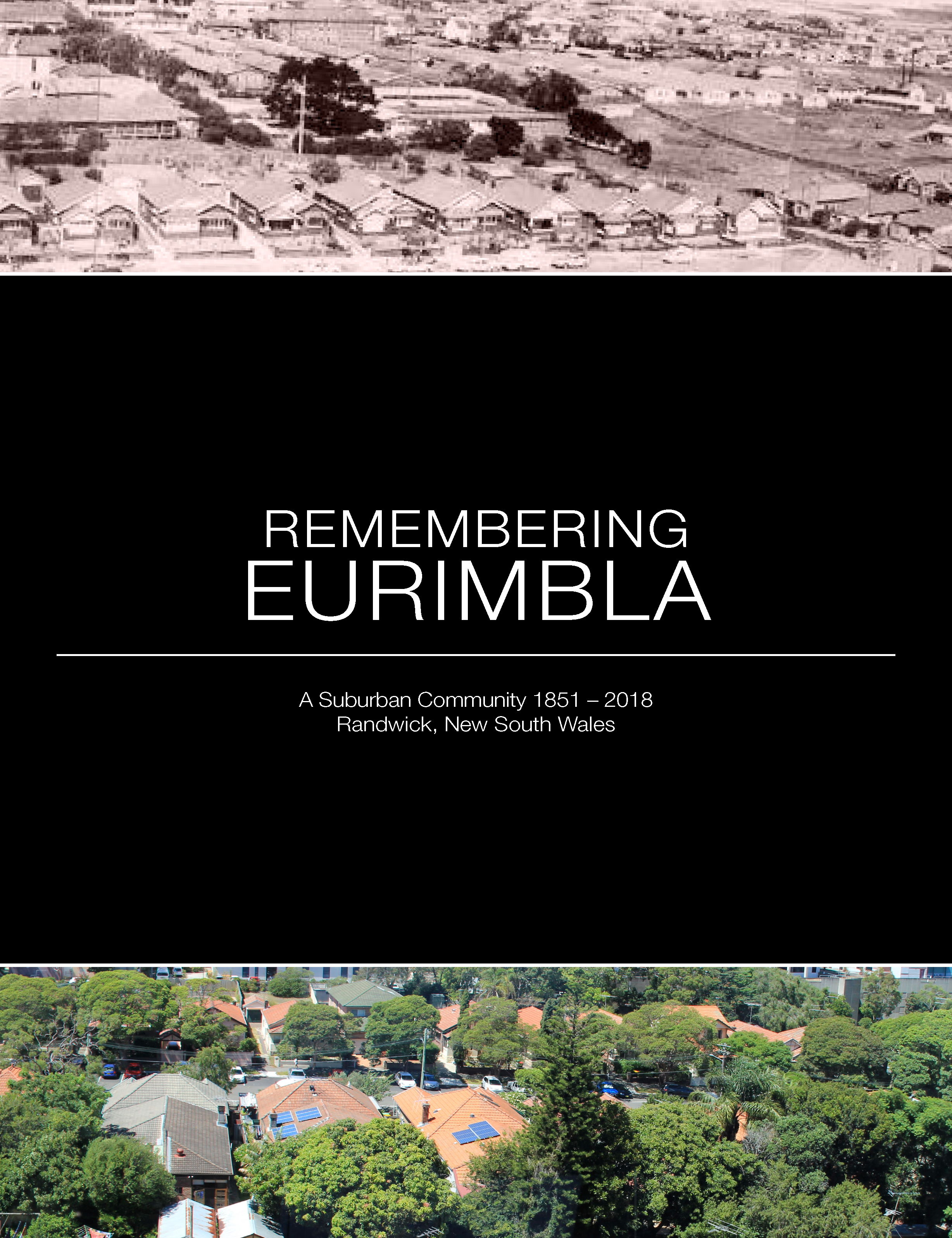 To all the Eurimbla Precinct former residents, especially those who, despite being in the midst of their own personal life’s upheaval, gave us such enthusiastic support. They not only provided an overwhelming amount of social history material, but even found the time to organise fund-raising events in support of the project.  To Randwick City Council, who provided a generous Community Grant, and to former Randwick Mayors Lindsay Shurey and Kathy Neilson, and West Ward Councillor Philipa Veitch for their ongoing encouragement and support. To the Royal Australian Historical Society for a grant via the NSW Government’s Create NSW Cultural Grant Program.

This website will be added to as the project nears completion.

For further enquiries, please contact us by email:  epha@eurimblaprecinct.com.au